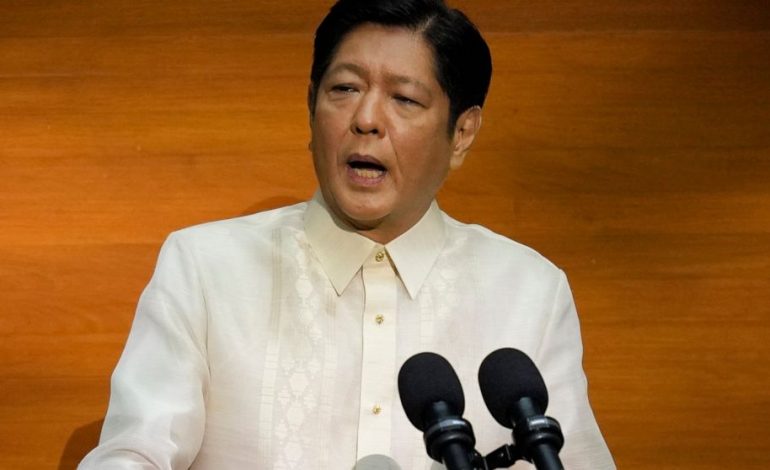 The Philippines pulled out of an infrastructure funding deal with China worth almost $5billion after Beijing failed to deliver the cash.

It was part of China’s multi-trillion-dollar Belt and Road Initiative (BRI) to expand its global influence throughout the developing world.

In return, China hoped the Philippines would set aside its claims in the South China Sea.

But Marcos, known in his country as ‘Bongbong’, has vowed to take a tougher line on national sovereignty – and to make the Philippine economy more independent.

The proposals’ significant funding gap must now be filled by another country or with private capital.

A Chinese official told Reuters: ‘I can say China-Philippines cooperation over railways will continue.

‘China is open for discussions with the Philippines.’

Ferdinand Jr is the son of the long-serving Philippine dictator of the same name and his socialite wife Imelda.

She is said to have owned 3,000 pair of shoes while her country starved.

From more than 1,100 km (680 miles) before World War II, the Philippines had only 77km of operational railway as of 2016, well behind other urban centres across Asia, government data shows.

Negotiations for the rail projects began in 2018, during a Duterte-led thaw in relations between China and the Philippines.

The pursuit of a ‘new Silk Road’ trade route between Asia and Europe is the flagship of President Xi Jinping’s plans for Chinese expansion.

It is made up of a ‘belt’ of six overland corridors that direct trade to and from China and a maritime ‘road’ of shipping routes and seaports from the South China Sea to the Indian Ocean.

Pillars of the BRI already built include freight rail links from Wuhan to Lyon and Chengdu to Prague.

Announcing his own expansion of the BRI at Davos five years ago, President Xi said it was time for China to ‘swim in the vast ocean of the global market’.

But the BRI has been saddled with claims of corruption, opacity and fraudulent bidding since it was first launched nearly a decade ago.

Author Johnathan E. Hillman, an adviser to the US State Department, wrote: ‘By limiting outside scrutiny, the initiative’s lack of transparency gives Chinese companies an edge in risky markets, and it allows Beijing to use large projects to exercise political influence.

‘As Chinese companies push deeper into emerging markets, inadequate enforcement and poor business practices are turning the BRI into a global trail of trouble.’

Mr Hillman added: ‘The international community should provide better alternatives to Chinese loans and publicize the perils of opaque approaches to building infrastructure. Leaders in recipient countries must also demand greater transparency— or risk drowning in the BRI’s murky waters.’ 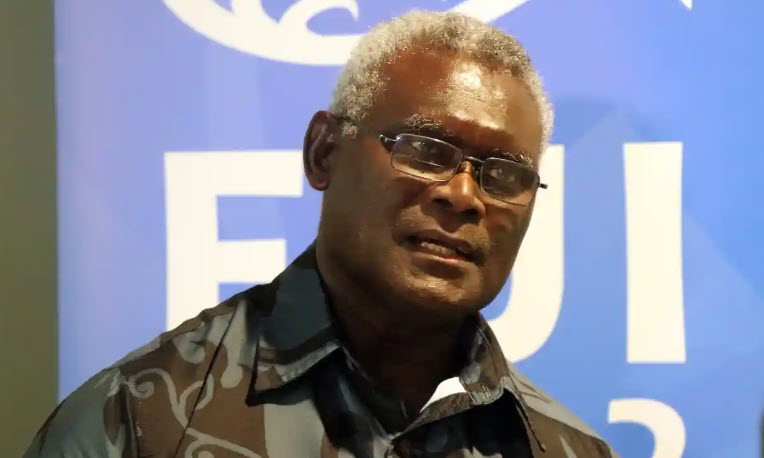 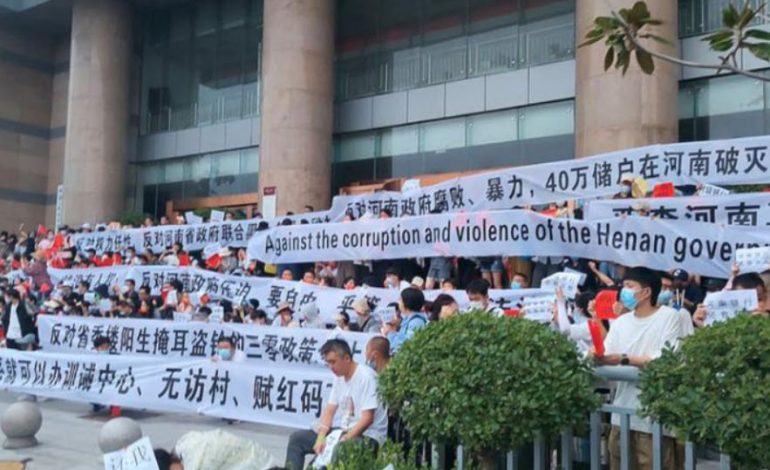