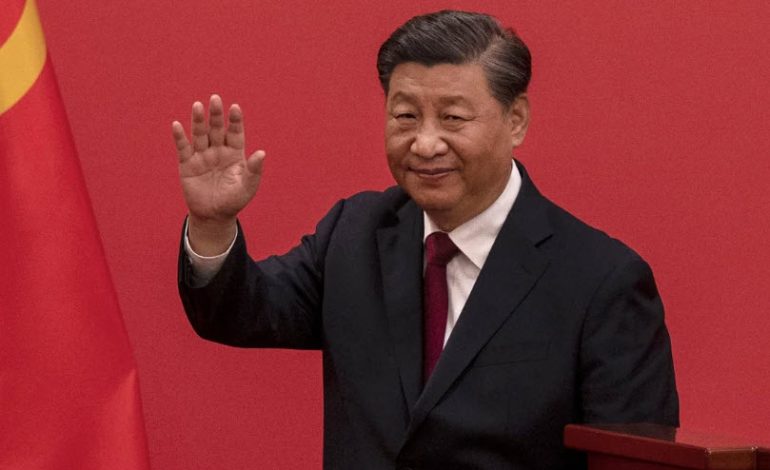 What Is the Future of China’s Surveillance State?

There’s a video that surfaced out of Beijing on Oct. 13, right before China’s Communist Party congress met to give Xi Jinping a precedent-breaking third term. The video is of a one-man protest: a man standing atop the Sitong Bridge, with something on fire, holding two banners. One has a bunch of things written on it, but it’s essentially saying, “We’re tired of COVID tests. We want to eat. We’re tired of lockdowns. We want freedom.” The other one calls for the “autocratic dictator” or the “autocratic traitor” Xi Jinping to be deposed.

Josh Chin, who has covered China for more than a decade, said that under Xi Jinping, you almost never see protests like this—the levels of control that the Communist Party wields now are too high. But the other thing that’s striking in this clip is that you can see nine security cameras just in one frame of the shot. And this is where Josh comes in. He and his colleague, Liza Lin, have just written a remarkable book about the rise of China’s surveillance state and how Xi Jinping has used high-tech surveillance to consolidate his power. Because bathrooms are the one place in China that aren’t really subject to surveillance, after this brief and brave protest, the slogans displayed by the man on the bridge started popping up in bathrooms across China. What does it mean that the only viable spaces for political expression in China—the only places where surveillance is not yet common—are bathrooms?

On Sunday’s episode of What Next: TBD, I spoke with Josh Chin, deputy bureau chief for China for the Wall Street Journal, about Xi Jinping’s high-tech surveillance state and some American companies that helped get him there. Our conversation has been edited and condensed for clarity.

Lizzie O’Leary: In a story you wrote in 2017, you described Xinjiang province, home to China’s ethnic Uyghur minority, as one of the “most closely surveilled places on earth.” What was it like to actually visit?

Josh Chin: When we got there, it was like just driving into a dystopian counterinsurgency war zone where essentially everywhere you went, you were encountering cutting-edge, A.I.-driven technology—surveillance cameras, microphones. Uyghurs, who are a Turkic Muslim group, come from Xinjiang and were the targets of the surveillance. If you were a Uyghur, what they were telling us is you would go outside and from the minute you left your door, you were being tracked. There were security checkpoints everywhere, every public place. If you wanted to go into a bank or a hotel or a market, anything like that, you had to go through a security checkpoint. You had to scan your ID card and also scan your face to match it with your ID card, and so they would have a record of where you were going. Walking down the street, police could wave you over and make you hand over your phone and they would plug it into a scanning device and they would scan your phone for some digital contraband.

The Chinese state took this data and slotted people into one of three categories: safe, average, and unsafe.

People who were unsafe were disappearing and they were being sent to what the government described as schools, but when we went to go visit them, we visited one and it was essentially a prison. It had 20-foot-high walls with razor wire. There were guards out front with assault rifles. What we later found out was that those were internment camps where people were being subject to political reeducation.

You met the Uyghur poet Tahir Hamut, who has since fled the country, but he and his wife were subjected to a lot of this stuff. What did he tell you about the granular level of stuff that they experienced?

Tahir’s probably most vivid experience was early on in 2017 as the system was being rolled out. He and his wife were called into a police station, ostensibly to have their fingerprints taken, which they both thought was weird because of course every Uyghur in Xinjiang has already had their fingerprints taken before, but they didn’t really have a choice. I remember Tahir describing this, and you could still see the fear in his eyes, because he had heard screams emanating from this basement because it’s where police conducted interrogations. And so, he’s standing in a line with a bunch of other Uyghurs. Nobody really knows why they’re there. They start talking amongst themselves and they figure out that it’s all because all of them had recently traveled abroad or they all had passports.

The line wound past an interrogation room and Hamut could see chairs with bloodstains on the floor underneath them.

When he got to the end of the line, they subjected him to this series of biometric tests. They took his fingerprints, but then they also took his blood, and then they had him read from a newspaper article for five minutes while they recorded his voice. At the end, the finale was a 3D image of his face where he had to sit in front of this camera and move his head back and forth and up and down and open his mouth and close it.

And he had no idea what any of this was for. Obviously he realized it was not good. And then later, he and his wife got out and started to notice all of these cameras that had been popping up in their neighborhoods and these police stations that were just suddenly mushrooming on street corners. And they realized that they were all part of this experiment in surveillance. And then their friends started to disappear, and then they basically decided that they needed to try to get out. 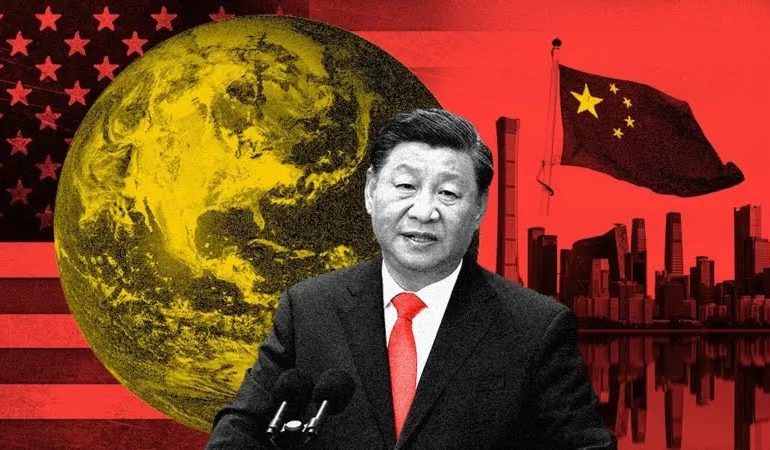 Can the US live in Xi Jinping’s world? 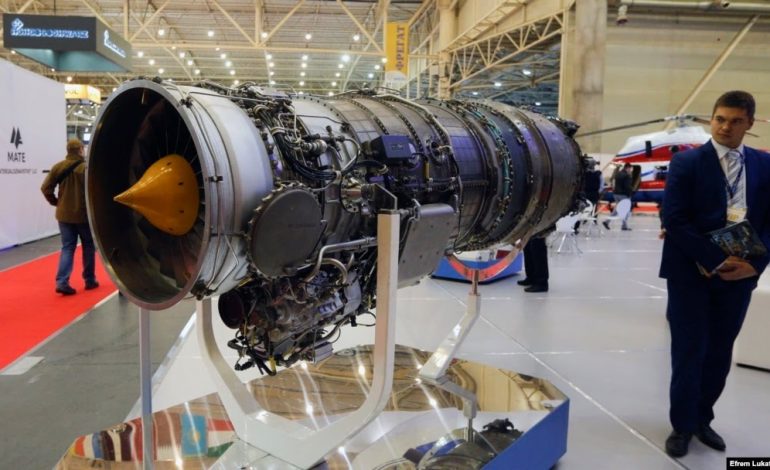