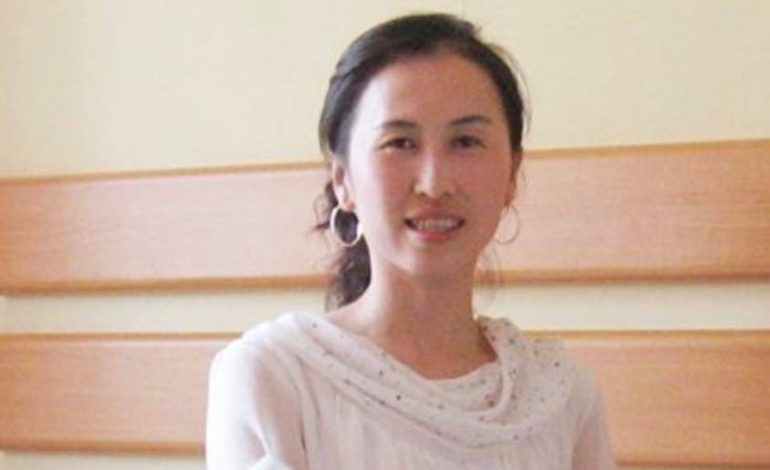 1,828 Days of Torture in a Chinese Women’s Prison: Survivor’s Account

Under a miscarriage of justice, a Falun Gong adherent was sent to the Heilongjiang Women’s Prison in China’s northernmost province for five years—1,828 days—where she experienced abhorrent torture.

“[Those] 1,828 days and nights, every minute, every second, every scene is deeply etched in my mind and will never be erased,” Chen Jing said after she was released from prison in the winter of 2021.

Falun Gong, also known as Falun Dafa, is an ancient, traditional Chinese mind-body practice guided by the principles of truthfulness, compassion, and tolerance. The Chinese communist regime has been persecuting the practice and its followers for the popularity of the practice since 1999.

“As a survivor of the Chinese Communist Party’s (CCP) persecution, I must record the persecution of Falun Gong and expose it to the world, ” Chen told the Chinese edition of The Epoch Times.

Born into an affluent family in Daqing City, Heilongjiang Province, Chen Jing, who is now 42, was beautiful, smart, had an excellent academic performance, and was exceptional in all aspects.

However, Chen was targeted by the CCP while in university because she practiced Falun Gong. The local police put her under house arrest, forcibly suspended her from classes, and threatened to expel her from school and send her to prison.

After graduating from university, she worked as a doctor at Jiamusi Central Hospital in Heilongjiang Province for a year until one day, her job was taken away and she was expelled from the hospital because of her beliefs.

On the afternoon of Jan. 21, 2016, a dozen police officers from Heilongjiang Provincial Police Department and Jiamusi Public Security Bureau abducted Chen from her residence and sent her to the Jiamusi City Detention Center the next day.

That was the beginning of a five-year nightmare of suffering.

While incarcerated, the CCP’s prison guards and authorities tortured Chen in many ways. The CCP calls torturing people a method of “educational transformation.”

She was hung up in the air with both hands tied behind her back and her body was repeatedly slammed against a wall. Prison guards pulled out all of her fingernails, stripped off her clothes and pinched her nipples, used toothpicks to hold her eyelids open at midnight to deprive her of sleep, poured cold water on her, and forced her to sit on a small stool wrapped in tape from head to toe. She was tortured so severely she became paralyzed and lay in a bed for three months, unable to take care of herself.

On January 23, 2016, Chen was taken from the detention center to the Jiamusi Public Security Bureau Suburb Branch for interrogation. An officer told the officers who would beat her, “It doesn’t matter if you beat her to death. The order is from the upper level.”

They tied her hands with a bedsheet and threw the other end over a heating pipe that was 9.8 feet off the floor, suspending her in the air. Her arms soon went numb and her head and chest felt unbearably heavy. She was soaked in sweat from the excruciating pain.

Then, one officer pressed her head down as another lifted her legs up so her body was suspended parallel to the ground. They tugged her legs hard and threw her body against the wall, saying, “This is called ‘Flying the Airplane.’”

Her body was covered in bruises from multiple impacts to the wall, and her spine was severely injured. One officer broke all her fingers. She was tortured for several days in a row and couldn’t sleep at night because of the pain racking her body. She is 5 feet 4 inches tall but her weight dropped to less than 99 pounds. 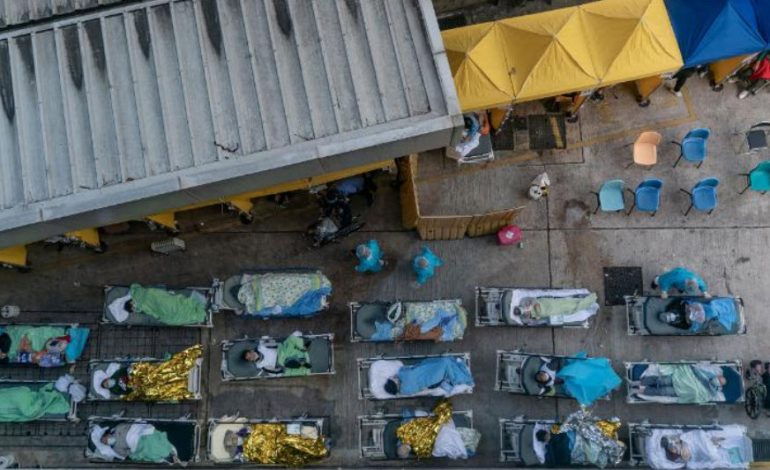 Hong Kong is sticking to zero-Covid, no matter what the cost